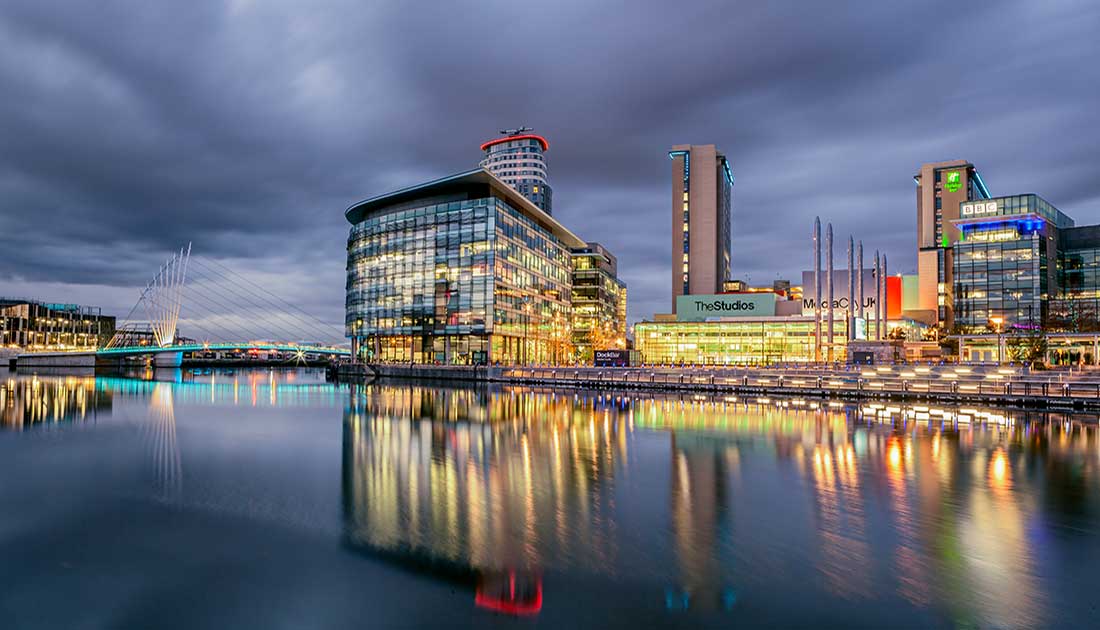 As a property investor, finding the best locations for investment is a critical part of any successful strategy. Indeed, it is an integral consideration of building the Avora Capital asset portfolio, utilising the best locations and sectors to create a portfolio designed to deliver sustainable asset growth and consistently high rental returns.

While London was once considered the UK’s undisputed property hotspot, in recent years it has been northern cities like Manchester, Liverpool and Newcastle that have often led the way, offering some of the best rental yields in the country together with relatively affordable prices and strong capital growth.

To give you an idea, Savill’s mainstream forecast predicts capital values in the North West of England to rise by 24.3% over the five years to 2026, with Yorkshire and the Humber matching that figure - the highest in the whole of the UK. By comparison, average values in London are expected to increase by just 8.2% over the same period.

As well as the government’s Northern Powerhouse initiative, the building of HS2 is likely to benefit the northern property market in the coming decades, supporting economic growth by connecting 8 major cities and drastically reducing journey times between the North, the Midlands and the South.

Located in the heart of the North West, Manchester is one of the UK’s most vibrant commercial and media destinations, with a growing population of more than 2.7 million people in the Greater Manchester area and a thriving local economy that has made it one of the country’s undisputed property hotspots.

A major contributor to the UK economy as a whole, Manchester has experienced massive economic growth over the last few decades, especially across the digital, creative, media and financial sectors. This, together with large-scale regeneration and initiatives like the Northern Powerhouse, have fuelled huge demands for property in the city and surrounding areas, with Manchester having one of the largest construction outputs in the whole of Europe.

With no less than five universities located in Greater Manchester and one of the largest student populations in Europe, it’s a real hotspot for student accommodation investment, while also holding great appeal for young professionals and families that fuels strong demand for all types of properties.

Considering everything Manchester has to offer, it’s perhaps unsurprising that the city is one of the best locations for property investment in the UK, with consistently high rental yields of around 7% in 2022. Meanwhile, property values in Manchester have increased by over 10% over the last 12 months, making it a location that is impossible for investors to ignore.

Famous around the world for its rich cultural heritage, the vibrant waterfront city of Liverpool boasts some of the most impressive architecture in the UK and a wealth of world-class musical and sporting attractions that makes it a popular destination for tourists from all corners of the globe.

In the property world, Liverpool has been attracting the eyes of investors for many years now, offering strong rental yields, high capital growth and lucrative opportunities across residential lets, student property, hotels and social housing.

With more than 60,000 students, Liverpool is undoubtedly a great location for student accommodation investment - but the opportunities go far beyond that, with the city seeing a marked increase in private sector jobs in recent times.

Key to Liverpool’s appeal for investors is affordability combined with excellent capital growth, with property prices rising by more than 11% over the last 12 months - some of the best performance in the whole of the UK. With billions being spent on regeneration projects, demand has soared over recent times, with current rental yields of around 5.5% on average.

The eighth most populous city in the UK and one of the cornerstones of the Northern Powerhouse, Newcastle upon Tyne has become a property investment hotspot thanks to rapid economic growth and the establishment of the city in recent times as a major centre for business, education, retail, culture and tourism.

A major contributor to the UK economy, Newcastle is also home to two renowned universities, fuelling strong demand for purpose-built student accommodation in the city, especially from overseas students. Jobs are to be found from a huge variety of employers in many different industries, making it a prime location for young professionals and families alike.

With impressive average rental yields of close to 6%, Newcastle is certainly a city that should be on any property investor’s radar, and while prices have not risen at the same rate as some other northern cities, an average price of £140,000 does make it affordable.

Another city that has become a firm favourite with investors is Leeds, with the Yorkshire city offering high rental yields and considerable capital growth driven by strong demand.

Home to almost 800,000 people, Leeds has benefited from an array of regeneration projects over the last few years, becoming an exciting cultural destination and vibrant economic centre - and a major property hotspot. With three universities in the city, there is also strong demand for student properties, making it an excellent location in which to invest.

Property prices in Leeds have soared in recent times, growing by almost 10% in the last 12 months to an average of around £200,000. Meanwhile, rental yields have reached around 5.5% - significantly above the UK average.

Sheffield is a growing city that has undergone a massive transformation over the last few decades, fuelling impressive economic growth (gross value added has increased by 60% since 1997) and establishing the city as one of the North West’s most attractive property investment locations.

Home to more than 580,000 people, Sheffield’s population is growing at one of the fastest rates in the UK, increasing by 3.5% annually since 2001 and fuelling strong demand for property in the city. Sheffield is also home to two renowned universities, making it an ideal location for investing in student property.

On average, rental yields in Sheffield are currently just under 5%. Meanwhile, property is some of the most affordable in the UK, with an average value of around £165,000. Prices have risen by around 10% in the last 12 months.

Important note: The information provided in this article is general in nature and does not constitute personal financial advice. If you are unsure whether an investment is right for you, please seek professional advice. If you choose to invest, the value of your investment can both rise and fall so you may get back less than you put in.